No really. This is not an April Fools joke.

Acrush is a group of young Chinese women gathered together to appeal to the boy-band, pop-idol demographic that has previously been dominated by young men from Japan and Korea. China has long been trying to improve its public image and ameliorate the reputation of having a staunchly conservative and controlled artistic sphere.

Acrush, however, is not the first androgynous women on the music scene. In the early 2000s, Han Hong crossed over from folk music to pop charts with her song Heaven’s Road (天路 ), about the trans-Tibetan railroad. Hong’s signature masculine/androgynous style caused a very negative reaction, which can be partially attributed to rumors of her being a homosexual. (Homosexuality was officially attributed to mental illness until 2001.)

Acrush’s agent and publicist has been very careful to remark that the young singers in the group are not attracted to the women whom their image is designed to attract. While Acrush may be challenging traditional sexual identities that have confined Chinese women, they are simultaneously reinforcing traditional sexualities. 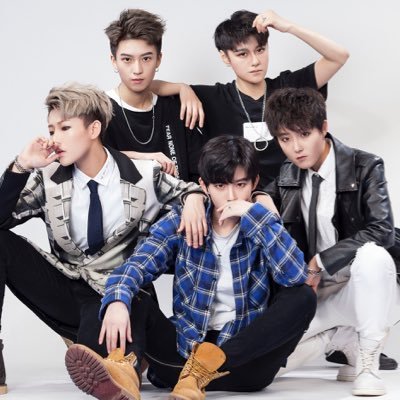 Update 4/7/17: Many news sites are referring to Acrush as “genderless.” It’s important to note that the band are calling themselves “meishaoshian” 美少年, which is denotatively a gender neutral term for “beautiful young person,” but connotatively refers to beautiful young boys. It’s also noteworthy that the Mandarin terms for he (他) and she (她) are phonetically identical (tā).

Update 4/8/17: As much viral attention Acrush has been getting, China’s major news network, CCTV, has not mentioned Acrush in any articles.

A Taiwanese, ethnic minority, children’s choir is disinvited to China after they sang the Taiwanese anthem at (Taiwan’s) President Tsai Ing-wen’s inauguration in May. The Puzangalan Choir was to travel to China in an endeavor to garner funds and visibility for a trip to an international singing competition in Hungary this fall. President Ing-wen has pledged a little over $15,000 USD when she heard about the cancellation.

Taiwan and China have a varying opinions on the sovereignty of the small island 110 miles off the coast of mainland China. However, that short distance is misleading, as Taiwanese government, freedoms, and art are leagues away from the People’s Party strict mandates in mainland China. Asian drama fans will note that television from mainland China is often overregulated to the point where the plot and characterization suffers, while Taiwanese dramas are rather enjoyable.

This political maneuvering is another example of a long string of contentious relations between Taiwan and China. It’s truly unfortunate, if not appalling, a children’s choir was the target.