Anime News Service is running a penetrating feature article on the adaptation of videogame mechanics into anime television shows. “Log Horizon, Undertale, and the Tale Game Mechanics Can Tell” details how game mechanics can convey meaning, and delves into how the anime adaptations dive deep into themes of the plurality of perspectives, gray morality, and human rights issues inherent in game play mechanics and tropes we all take for granted. The author’s and the adaptors’ themes intersect with Associate Professor Whitney Pow‘s analysis on the colonialism inherent in gameplay (mentioned in her 2020 Magfest presentation on The Glitch: Queer and Transgender Software History based off of an article of hers published in game history journal RomChip.)

US American reporter and translator Angelica Frey posted an article yesterday on “Sailor Moon’s Fashion from Christian Dior to Theirry Mugler” on Jezebel. This is a great read on the intersection of East Asian storytelling and graphic novels, European fashion, and the US American market in the 1990s. If just one of those topics interests you, I highly recommend her article on Jezebel. 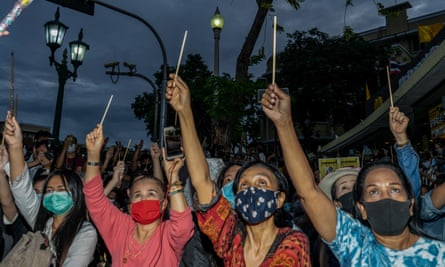 Dennis “Kidd” Banda, the COO of the Zambian otaku community NerdOtaku, recently published an article on Anime News Network explaining the growing popularity of anime, cosplay, and videogaming in the East African country, located just north of Zimbabwe. The article articulates the quickly growing fan community, citing access to Netflix as the main provider since region-locking often means that other legitimate anime sources are unavailable. The article also includes a synopsis and clip of “Scuna Girl,” a Zambian horror anime that reimagines a local urban legend.

News of the Zambian community is spreading across US American anime circles. We can hope that the Zambian NerdOtaku community continues to thrive and more African anime communities gain awareness on the international scene.

Both are with Rev. Will Green from Foundry UMC. (wgreen@foundryumc.org )

Hope to see you there!

PS Once the formal copyright comes through, we’ll have the material from these presentations published on this site.

Yesterday, the Baltimore Police Department created a new webform for victims of sexual abuse to report “sexual offenses related to the Netflix series, ‘The Keepers’.” This form was promoted via their Facebook and social media with the tag “#TheKeepers”.

“We don’t discriminate against people based on what countries they come from — we discriminate against them based on their age and weight,” Jimmy Kimmel stated in his opening monologue. His audacious claim whizzes right by racism and sexism– Racism being the elephant in the room that magically stole the card for “Best Picture -Moonlight” in an unprecedented Academy slight towards a critically-acclaimed film.

Despite the historic amount of “black” films being nominated (18, with 5 winning,) there is real, constructive criticism about how “black” these films really are. A look at the white directors, white producers, white writers, and a majority of white crew behind the cameras of these and virtually all the other films nominated reveals that we are not as far in fighting racism as we would like to see ourselves.

A perfect example of this racism erasure is the insertion of a fictional white saviour into Hidden Figures, as pointed out by Da’Shawn Mosley. While this film is acclaimed for its historical accuracy, the white screenwriter of Ms. Margot Lee Shetterly’s book decided to take creative license in making it more palatable to white audiences. In his adaptation, the boss, Al Harrison, takes a crowbar to the segregated bathroom at NASA and also invited Katherine Johnson to the control room to view the historic space flight. In reality, and in Shetterly’s book, these doors remained closed to Ms. Johnson for the entirety of her career at NASA.

While we have seen a sweep of nominations of films with black protagonists this year, I can only wonder if we will see a “white-lash” as we have recently in culture, politics, and society. First with the Hugo awards. Then with the post-Obama white-lash that carried and inflamed (still ignites) xenophobic violence across the US. Now we have a step in the right direction for Hollywood, and one can only hope that we do not see a similar pattern of push-back.

The journalist and feminist political activist submitted a scathing critique of the state of film today in its portrayal of women. This article ran today and raised eyebrows–and awareness– to the celluloid dismissal and demeaning of women.

X-men: Apocalypse was released in North America last month. The film misses the mark on many of its lofty ambitions. The actors are sincere but their characters are not compelling for those who haven’t seen the previous films (recently). The settings and scenes jump from continent to continent, creating a quasi-fast pace for a story that doesn’t make much progress until an hour in. The themes and messages are numerous–too much commentary is conveyed all at once–making the point of the film rather messy until the very end.

However, fans of the series will find it engaging and dense. We see a smooth and thorough development of the characters who play roles in the canonically later films. (This series parallels Star Wars, with a primary canon trilogy being released first, followed by a subsidiary prequel trilogy.)

The biggest missed opportunity would be the inclusion of the lyric version of “Figlio Perduto.” The music from “Allegretto” of Beethoven’s 7th is used in the turning-point of the film and reprised in the credits. However, only classical music buffs will recognize how much depth and context the song adds to not only the emotional scene but also the overarching message of the film.

Linked via the graphic below is a lyric video explaining the significance of the song. Damnit Jim, I’m an analyst and not a videographer, so don’t judge the sophomoric quality of the video. It gets the info across.  (Link also here)

The third movie in the latest Star Trek film franchise launched a new trailer yesterday. Star Trek Beyond won’t premier until late July this year, but it is already hooking in the Baby Boomer and Millennial target audiences.

All Phasers locked on Baby Boomers

In an interesting shift from the previous two movies, this trailer hints that the movie will focus on the relationship between Bones and Kirk, rather than the Sprik dynamic that climaxed in Into Darkness’s role-flip of the iconic Wrath of Khan character development scenes. The entire first minute of the two minute, twenty-four second trailer is devoted to two older characters advising the young Kirk. The opening dialogue between Bones and Kirk delves into the young captain’s struggle to live up to his father’s legacy. Kirk self-deprecatingly claims “I joined [Starfleet] on a dare” and Bones corrects him, “you joined to see if you could live up to [your father].” Bones continues to advise Kirk, and the next voice added to the dialogue is that of an older woman ( 64 year old, new-to-the-franchise Shohreh Aghdashloo,) who also counsels Kirk on the dangers of space.

Later in the trailer, Dr. McCoy appears again to impart wisdom to a junior. This time, Spock claims, “Fear of death is illogical,” and once again, Bones counters the younger’s position: “Fear of death is what keeps us alive.” END_OF_DOCUMENT_TOKEN_TO_BE_REPLACED