What makes some art transport profitably overseas and others not? This was the subject of a thesis I wrote while studying at Universite Paris VII Diderot: I used comparative analysis to create a list of commonalities of the successes of Edith Piaf and Daft Punk as artists who gained popularity both within France and the USA. These included: being influenced by diverse artists outside of their immediate cultural sphere, maintaining creative rights, ability to connect and maintain relationship with audiences, continuous transformative creativity while maintaining recognizable fundamental identity.  I posited that meeting these criteria would bolster the chance of  success in both countries.

These qualities were in regards to particularly music and specifically France, but when dealing with the dissection transnational media, larger forces are at play. Japan and America already have a close, strong friendship with a stronger trade relationship between the two. Our positive relations are so strong, even other countries have taken note. Danish-produced webcomic Scandinavia and the World published a one-cell rendition of this mutual love in 2012 entitled “Fangirls.” SatW features the misadventures of humorous characters who are anthropomorphized nations. In this comic, a female Japan and a female America, each toting artifacts and accessories of the other’s culture, exclaim, “Oh my god!!! I’m your biggest fan!!!”

Our love of Japan is so strong it is frequently manifested in our popular culture. Outside of the internment awareness campaign of George Takei, elements of Japanese pop culture are often cultivated, integrated, or alluded to in our film and television media. In this year’s Hannibal, a highly critically acclaimed NBC miniseries featuring Hannibal Lecter and characters from Thomas Harris’s The Red Dragon, the second season is completely structured after traditional Japanese Kaiseki dinner, with episodes named after course dishes, including Sakizuke, Naka-choko, and Mizumono. American viewers are now aware and curious about this element of Japanese cuisine. Shortly after the season’s premiere, Kaiseki dinners were in high demand, resulting in many societies for the promotion of Japanese culture  and other groups affiliated with Japan to feature them during fundraising banquets. 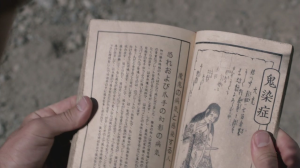 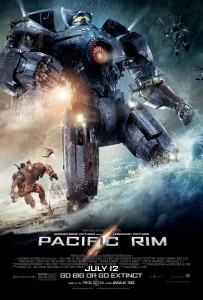 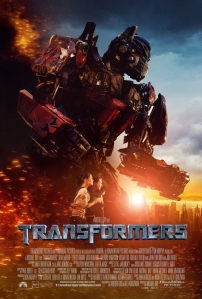 Beyond television, American film elevates Japanese culture in increasing frequency by paying homage to Japan’s style and imagination. Pacific Rim (2013) and the Transformers film series (2007-2014) both borrow heavily if not directly from Japanese media. These homegrown pastiches and tributes to Japan edify and proliferate its “cool” public image.
Looking back at Japan’s exportation of media to America, we can break down successful works and franchises, taking them apart and seeing what makes them tick for the two peoples. (Continued in next blog post.)