Title of this section is after Fanon’s Peau Noire, Masques Blanches

Our next category has fewer examples, but they are still a salient contribution to the self-image of women in the two countries. If women must give up part of themselves to be successful in a man’s world, then why not simply have it all by disguising themselves as men? 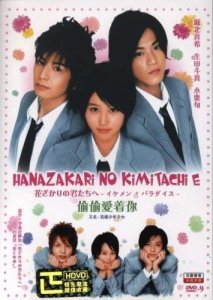 Japanese examples which have seen international success include Hana Kimi (aka Hanazakari no Kimitachi E and Ouran High School Host Club, which both feature female protagonists who must crossdress and pretend to be male students in order to accomplish their goals.  This theme pingpongs around Asia, with Hana Kimi being remade in Korea, Taiwan, and Indonesia. The Korean television series You’re Beautiful, about a girl posing as her twin brother to be in a boy band, was remade in Japan and Taiwan. Even mainland China sees a version on this theme with My Bratty Princess (2005) in which a princess disguises herself as a ruffian to take down nobles a notch and redistribute their gambled money to the poor. 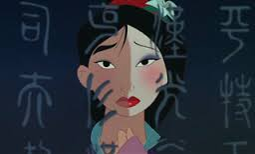 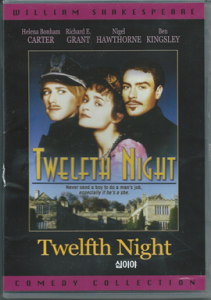 Western examples of cross dressing female protagonists are fewer, but just as impactful.  There are many permutations of and allusions to Shakespeare’s Twelfth Night, and even Disney has a princess who cross dresses to find a “reflection of herself” that she feels is authentic (Mulan). The best playwright of the English language and the second largest broadcasting company in the USA certainly influence our culture on a massive scale.

Now we have female role models needing to pretend to be men, outright, in order to qualify for a possibility of success. With this even more broken self image, we see the need for women to completely put away their female identity in order to exist in certain spheres. This sets the stage for our third category.